Why You Need a Van Alarm: The Ultimate Protection in 2022

The use of vans as a mode of transport for work equipment and living in is on the increase and so is the theft that follows it. There are several things that can be done to minimise the risk of losing your van and the equipment inside but one of the easiest is adding an alarm to your van, a sticker to the window, and an extra lock to the door. A good van alarm does cost a bit but in the grand scheme of the value of what you risk losing, it is nothing. There may also be a reduction in insurance premiums after fitting a van alarm so that is worth checking with your insurer.

If you’ve ever experienced the sinking feeling after someone swipes something from you while your back was turned, then you’ll know how horrible it feels… this feeling is multiplied if it were to happen to your van and all your equipment and tools.

If you no longer have your van and your tools, would you be able to carry out your business as usual? How long would it take to buy them all again, do you know what is inside for the insurance claim?

How do Criminals Target Vans?

In this section, we will take a look at the different techniques used to open vans and steal your tools and equipment. Whether you are using your van for work purposes or for pleasure, you will want to know the ways thieves break into vans to ensure you can stop these attempts and entry points by maximising your security. 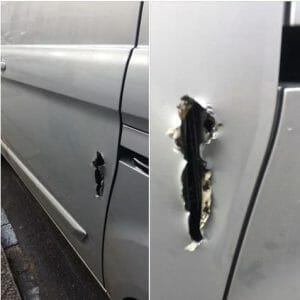 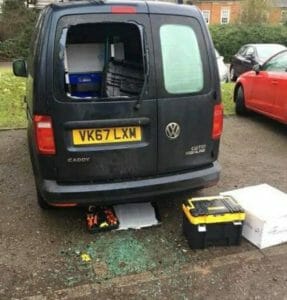 The Dangers Involved with Van Theft

If your van gets broken into it is not only stressful but also a restraint for you to be able to carry on your work as normal, without tools, what can you do?

Van theft is a real problem for self-employed tradesmen who do not have a large company backing them up with spare and duplicate equipment. When the van and the tools are gone… they are gone. Even if they are somehow recovered then it will likely not be for weeks or months. The insurance companies will also delay the payments until they have investigated and are sure the van is not coming back. Having your van and tools stolen is a big headache that disrupts your peace of mind, your pride, your confidence, and is a long way from convenient!

In 2016 tool theft cost just below £100 million to the UK tradespeople. Lose your equipment and miss out on work, but how to avoid it?

There are some statics that comes along with van theft.

You would think that with the advent of modern technology, the additional functions, the ability to arm and control van alarms, the sirens, and all the money being spent on solving this situation van theft would be decreasing. It is however continuing to go the other way and is continually rising. Van Guardian has been created to do something about this. It stops the damage and crime from happening before the thieves get to break into your vehicle and steal your belongings.

Van Theft Hotspots Around the UK

Does where you live to make a difference to the likelihood of being broken into and having your tools stolen? In short, yes. The top van theft hotspots in the UK are:

Just because you do not live in these areas, it is no cause to ignore the problem. The criminals from these cities and regions will often venture out into the surrounding towns and villages and take vans and tools from there. They will sometimes take things spontaneously but they also sometimes have a plan and even orders from customers!

WHAT ARE VAN ALARMS?

A van alarm is a device that will cause an audible sound upon being triggered. Most van alarms are only triggered once the van has been broken into and by this time it is too late. Van Guardian have developed an alarm that will trigger and sound before the thieves have even touched or broken into the van.

The purpose of a van alarm system should be to deter and stop crimes such as theft and vandalism from happening rather than telling you that it has already been done.

A good van alarm will stop the thief and alert you to their presence and stop them from gaining access to your vehicle.

Where Can I Get a Top Quality Van Alarm?

There are several types of alarm systems available ranging from basic protection against intruders through the use of locks, to more sophisticated systems which include immobilizers, and GPS devices. The issue with these remains that if your alarm has gone off to the doors being forced open it is already too late.

A high-quality van alarm is not the cheapest thing but it will cost you less than £200 and could save you thousands of pounds in cargo damage or loss of tools as well as protect against other theft.

A Van Guardian alarm system will turn thieves away from your van and save your van from criminal damage, tool theft, and the theft of your van. The Van Guardian features a high audible alarm that works on a zonal alarm approach. When the thief first touches the van it will let out a high blast and then reset, the second time it will let out a longer alarm to raise attention and make the thieves think twice before proceeding to operate.

The Van Guardian is formidable and does not activate accidentally when a window is left open… It is easily installed on the exterior of your van and comes with an easy-to-use remote control for you. A Van Guardian alarm system will help to create a secure perimeter around your van and it cannot be disarmed by disconnecting the van battery as some van alarms can be. The siren and audible blast that comes from the alarm will not be passed by or mistaken for something else. Once activated the thieves will think twice.

We pride ourselves on the feedback from our customers and have been developing the alarm to become even more effective. The Van Guardian will protect your vehicle once armed, protect your doors, and anything else inside. Whether your van is for your company or for yourself the siren is strong, the zonal protection system is easy to adjust, and movement around the van will be noted and triggered if it comes too close.

A Van Guardian alarm is easy to control with its pre-paired remote which features two buttons and is registered and connected to your van alarm system. 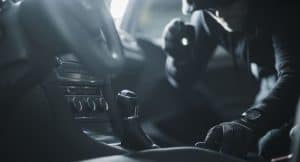 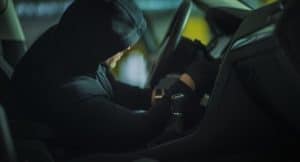 8 Benefits of a Van Alarm 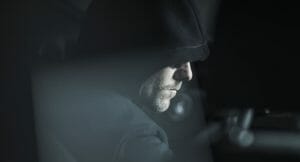 Why You Need a Van Alarm: The Ultimate Protection in 2022

Read More »
GO TO THE SHOP